This is considered a rare and endangered species. Counting babies started in 1978 at Stackpole and at 2 other roost as they became known. The numbers were initially shrinking but since 1983 have been increasing to what is now record numbers. 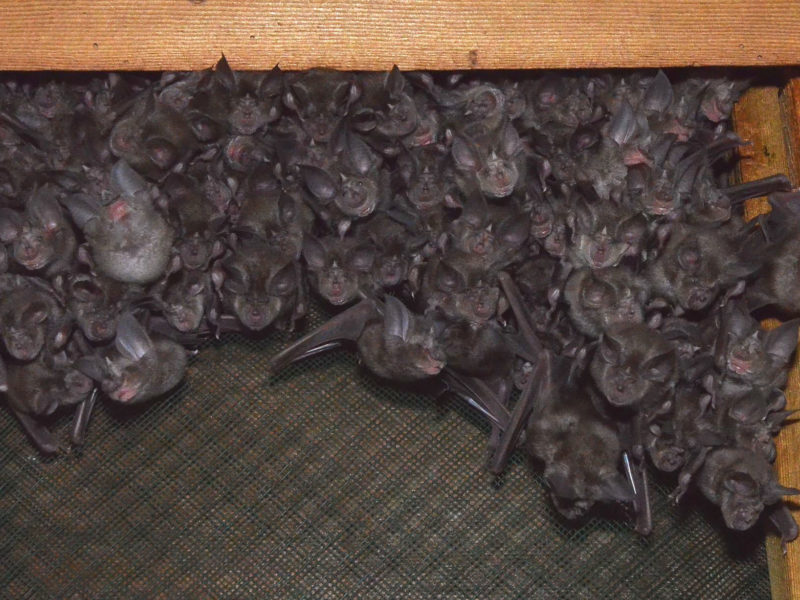 Work will continue at these sites. One is on National Trust property and two others are in private ownership. The names of these have been changed to protect the privacy of the owners and the bats. 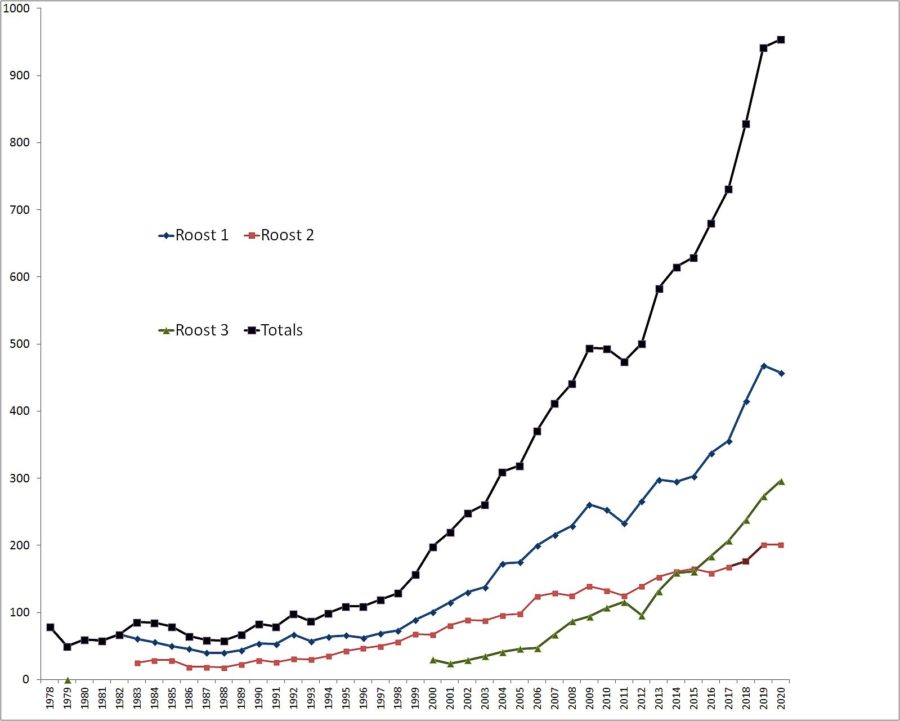 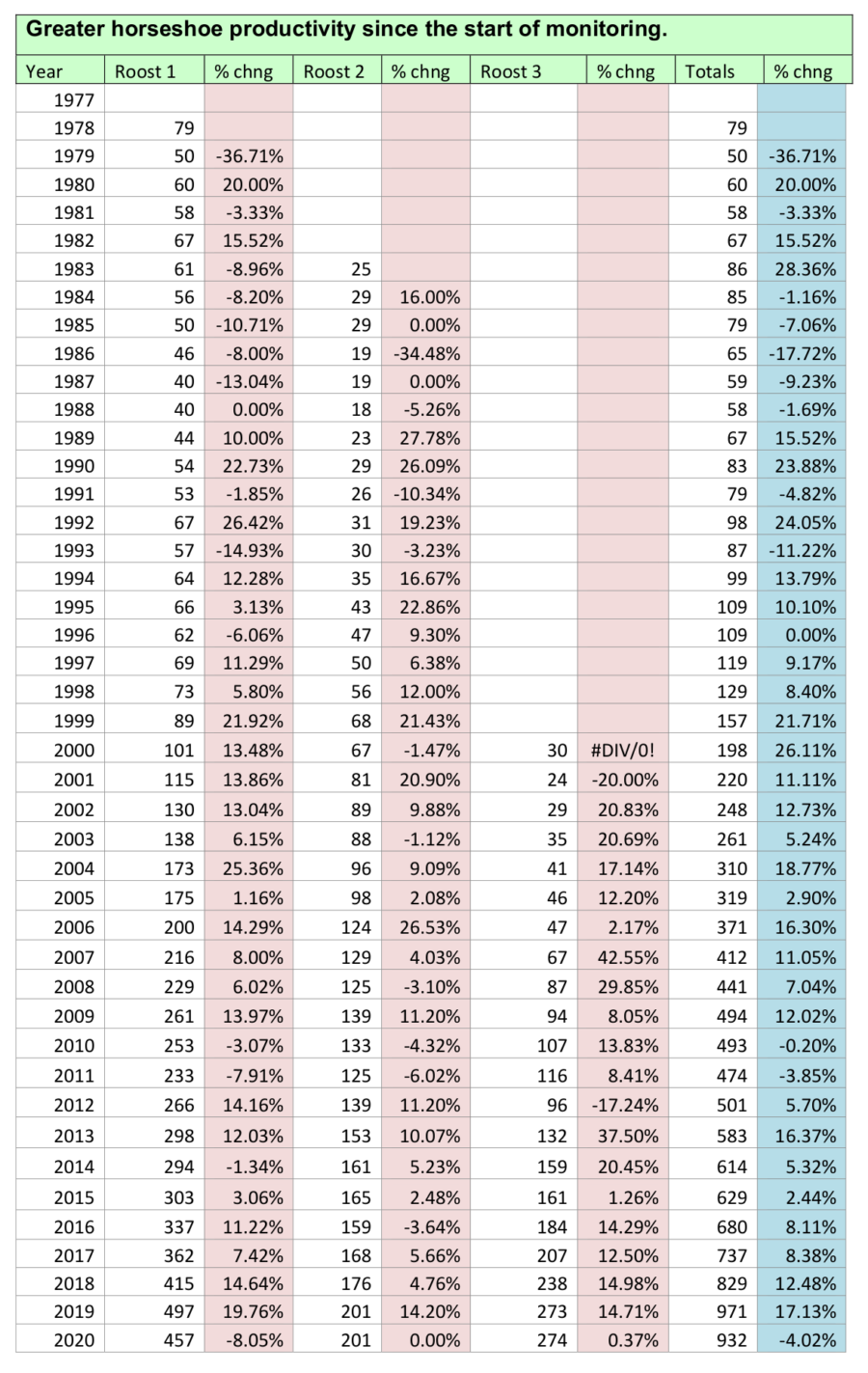